Click on two cards to reveal the satellites behind them: you will have to remember their names and locations to make the matches 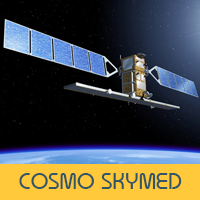 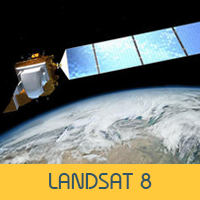 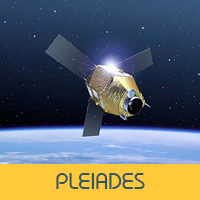 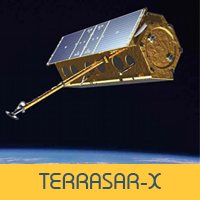 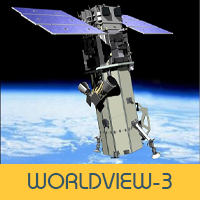 The 'Constellation of Small Satellites for the Mediterranean Basin Observation' is made up of four identical satellites that are controlled by the Italian Space Agency.

Each satellite has a Synthetic Aperture Radar (SAR) sensor that can create images of the earth's surface through clouds and at night!

Since 1972, Landsat has been the longest-running continous earth observation programme and the latest satellite, Landsat 8 was launched into orbit in 2013.

The Landsat 8 sensor is optical - like a camera, it creates images from reflected light - and it can 'see' objects on the earth's surface that are larger than 30 metres.

The United States Geological Survey has a list of platforms where you can download Landsat 8 data for free.

In Greek mythology, the Plaeiades were the seven daughters of the Titan, Atlas (who eternally held up the sky)

Today, that name describes four identical satellites built by French company, Airbus which can indentify objects on the surface of Earth, that are only 30 centimetres long.

Each satellite in the constellation can image half a million square kilometers ever single day!

The two satellites, called Sentinel-2A and Sentinel-2B orbit on opposite sides of the planet and are part of the European Space Agency's Copernicus programme: a multi-billion Euro earth observation programme that comprises many different types of satelites and sensor types.

Sentinel-2 creates optical images but not just using 'visible' light, they can 'see' in other wavelengths too, which is really useful for monitoring vegetation and crop growth!

TerraSAR-X (and its partner satellite: TanDEM-X) is a German-developed Synthetic Aperture Radar (SAR) satellite which is uses the X-band to create images for scientific and commercial applications.

This mission, which created the first ever one metre rader image and the WorldDEM, is supported by BMBF (the German Ministry of Education and Science) and managed by the DLR (the German Aerospace Center).

Launched in 2014, this commercial satellite circles the globe every 97 minutes, creates 680,000 square kilometres of data per day and is able to provide images of the planet's surface down to 31 centimetres.

in 2015, WorldView-3 provided the Associated Press with evidence of human trafficking by locating and identifying slave-carrying fishing vessels .

WorldView-3 is part of the MAXAR group.